I’d heard the approaching ruckus and thought it was that charity thing where soldiers pull a cannon around the Island for some reason, but it was an altogether different march. It was a march of Jersey people. Terry had broken off the front of the march to enter our shop announcing his intentions. Garnering support. “It’s gone too far!” he said with a clenched fist. I couldn’t believe he was still alive.

“Come on!” said Terry pointing a paint brush at me.

“Work? There will be no work for us Jersey Beans unless we take action.”

“Enrique?” I asked, a by saying his name to him. Enrique was with his clipboard not too far away. “Can I go on the march?” I surreptitiously shook my head at him as I asked. My legs were aching from yesterday’s cliff path run.

“No, you work,” replied Enrique.

“Fuck!” I lied and Terry was gone. I wasn’t important to him.

Enrique and I watched the march continue down the road toward St Peter. It was pretty big already. It was going to be fucking huge by the time it got to town. I doubted very much Terry could walk that far. It’s, like, 8 miles but Terry had surprised me before. By still being alive.


Jersey keeps having wars or something. Because we’re right near France we’re always getting ourselves into scrapes. Just last month it was Liberation Day. A day of celebration (or commiseration, depending on your politics) marking the end of the five-year occupation by the Germans. Terry must’ve been old during that one. Another war was The Battle of Jersey. That’s even more olden days than the Germans. That took place in Assassins Creed 3  time. I don’t really know much about it so this history lesson will be about as useful as one of my shoe reviews, but here goes. So there was a battle that took place in The Royal Square in town. I think it was against the French who I’m actually a big fan of. Some guy got killed. A Major Peirson, but we still won or something. There’s a pub in the Royal Square called The Peirson but what really captured this moment is a painting.

The Death of Major Peirson, it called. See it here.

Now I, like all Jerseyiers, have been brought up with this picture as background noise to our daily lives. A copy hung in every classroom and municipal building. I’d seen it so many times yet I’d never actually seen it. You know what I mean? I’d just register the flags and would have to look no further.

What I and the other people of Jersey never realised is that the actual painting is fucking huge. It’s, like, ten feet high. We didn’t know how big it was because the actual painting hung in London somewhere. We only ever saw prints. Are you following me?

This all changed recently when Jersey Museum got a lend of it and because Jersey is so boring we all went to see it. It was the most popular thing since Eddie Kidd came over in the 80s. I went to see it last week, when it first arrived, but it’s here for a month.

When I went in people were looking at the picture in stunned silence. At first I thought they were stunned by its impressive size but then I saw it too. How had I missed it? How had we missed it? 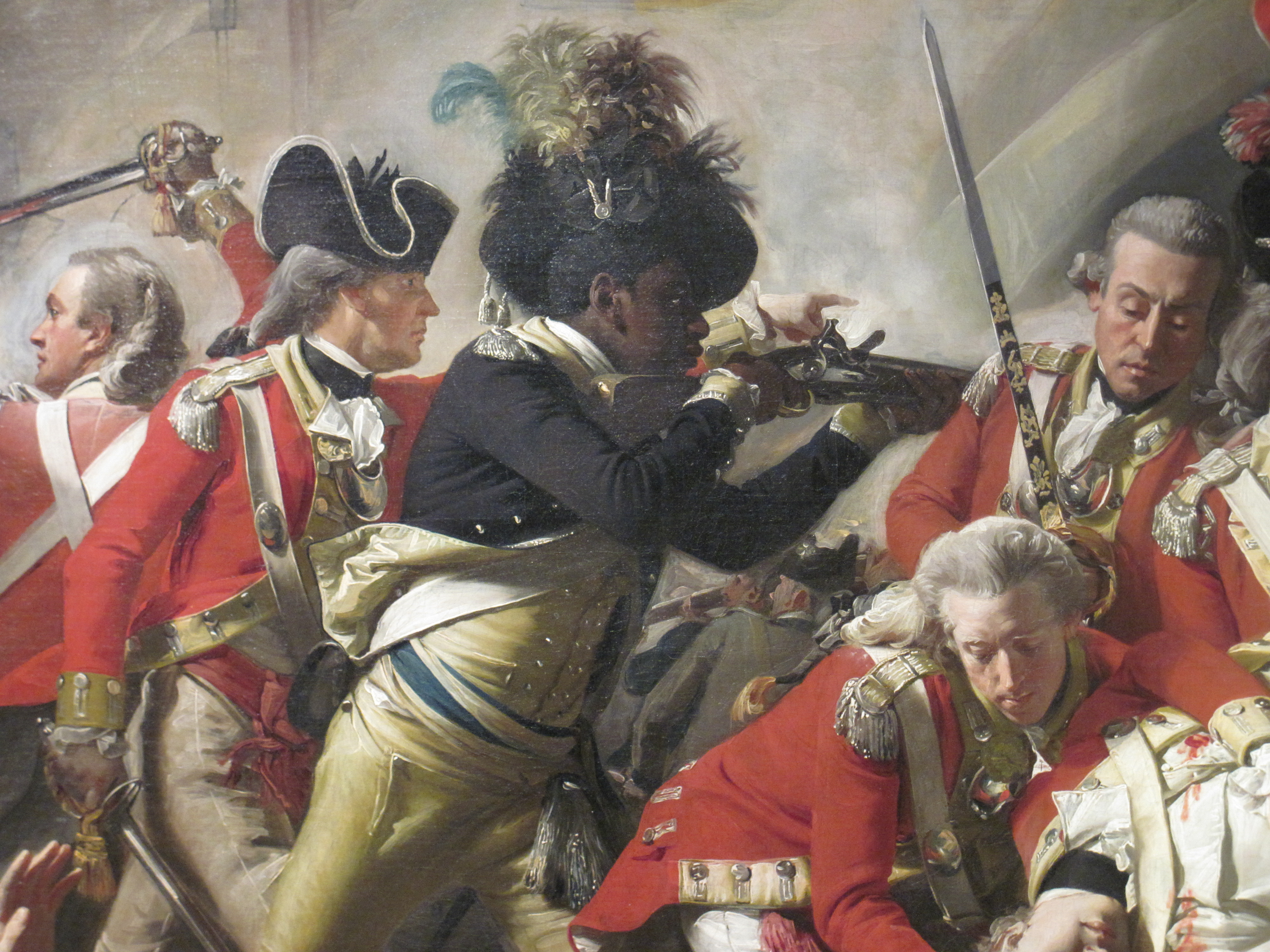 I thought it was pretty cool. I didn’t even know they had black people in the army back then. It made us cool. Perhaps the Island wasn’t full of horrible backward racists, you know? Maybe that was just St Ouen.

It’s well progressive and I’m pretty sure he was on our side. He’s not shooting Major Peirson. He’s shooting over Major Peirson at the arsehole who shot Major Peirson. He’s a total fucking badass. Clearly. Probably didn’t follow the rule book. I’m thinking Axel Foley. “Step aside, mah-facker!” I like to think he’s shouting.

Anyway, I was wrong to think the exhibition would mark a paradigm shift in our attitudes towards immigrants and ethnics. Jersey went mental. “It’s a hoax!” declared The Jersey Evening Post. “Time machine!” was another suggestion. There was a lot of stuff. Jersey felt like it was getting trolled by London with them sending us the big picture, and over the days the mood turned ugly, culminating in the march that went past this morning.

Now, because I’m so slow at typing it’s the afternoon and the Jersey Evening Post has just come out. Seems the march and Terry Le Main accomplished their goal as they had this picture on the front page along with the headline THAT’S BETTER. 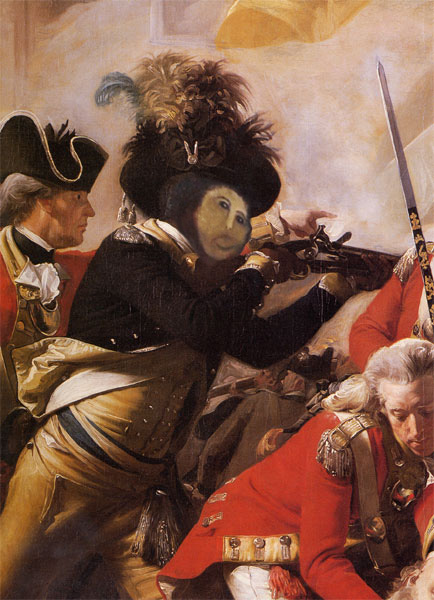